In this series on Web Forms, we’ve been learning how to use various form controls to collect data from your users. In the first and second installments we focused mainly with HTML, which determined the raw building blocks of the form. Today, we’ll be changing gears and turning our attention to the role of CSS in customizing the appearance HTML forms. To do that, we’ll apply various CSS properties to three text input fields.

You can find the first two parts in this series below:

There is a wealth of CSS properties that can make form fields more attractive. Here are a few of the most common ones:

The rest of this article will cover each of these properties in more detail.

Padding and Margin in CSS 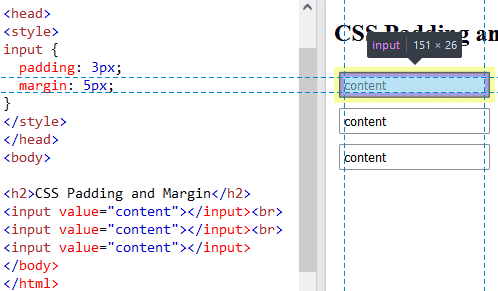 The border property is a line that delineates the outer edge of an element. They come in all sorts of colors, thickness, and styles, which include solid, dashed, double, and many more. If you look at the text inputs above, you’ll see that they have a thin grey border. We can easily change that via the border property.

Borders are made up of three components, as alluded to in the preceding paragraph. There are: the width, style, and color. There are distinct properties for each of these, but we’ll use the shorthand border property in order to set all three at once!

In the last example, all except the bottom border are removed, which gives the user the impression of writing on a line in a notebook.

Simply put, the CSS box-shadow property applies shadow to elements. In turn, this gives elements a more three dimensional appearance. It accepts many parameters, but the ones we’ll be using are:

Here are the three input fields with a box-shadow applied:

The CSS border-radius property can give any element the popular “rounded corners” effect. All you need to do is pass it a number with units or percentage; the larger the number, the more rounded the corners. There are properties for each corner, but we’ll give all four corners the same treatment.

We can see its effect on our three input fields below:

Height and Width in CSS

It accepts a value that may be either absolute or relative. Examples of absolute values would include “20px” and “2cm” while “20” and “1.5rem” are examples of relative values. Both types are shown in our demo below: 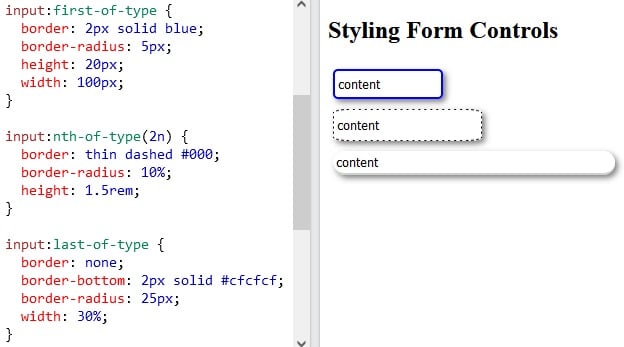 Most browsers use a different font family and size for form elements, so it’s a good idea to define your own if you want them to have a consistent look across browsers. You can either inherit the font from your document rule(s) or define the font at the form level using the special inherit value. Here’s a rule that sets the font-family, font-size, and font-weight properties:

So let’s unpack each of these and go over what each property accepts as a value.

Browsers support a limited number of fonts, so you should specify multiple fonts to be on safe side. The CSS font-family property defines the priority for the browser to choose from multiple fonts. There are two general types of font families which you can use:

The font-weight defines how thick or thin characters in text should be displayed. Its value can either be a number from 100 to 900 as well as a predefined constant such as “normal”, “bold”, “bolder”, and “lighter”.

Let’s apply some font rules to our demo: 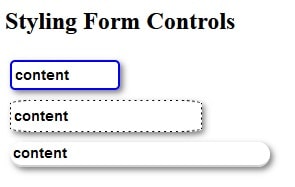 You’ll find the demo for this tutorial on codepen.io.

In the next installment, we’ll learn how to apply CSS to other types of form controls.