What does it take to have a top Twitter account? Besides being famous, it starts by implementing the following social media optimization tips to make your engagement and followers skyrocket.

In February 2021’s Letter to Shareholders, Twitter revealed stats that showcased its popularity. Most notably, the social media giant shared that it had 192 million daily users, resulting in an average of 600 million-plus tweets per day.

Looking at those numbers, you can derive two things:

While both of those are true, don’t fret, as we’re about to show you how to make it big on Twitter with these Twitter optimization tips for posting. 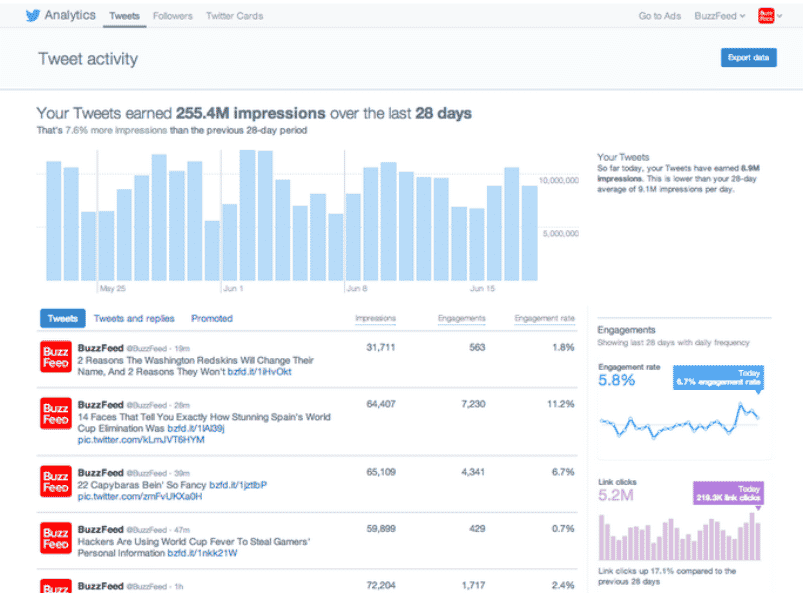 Below you will find some of the best practices for posting on Twitter and optimizing your Twitter profile.

It may be tempting to start tweeting so you can get in on the action. But before you do so, you want a strong foundation so you can:

What can give you the solid foundation for achieving that list of goals? In official terms, a “content house,” which is a list of topics you’re well-versed in that will drive most of your tweets. By having your content house built before tweeting, you’ll be better able to introduce yourself to the world.

While concise, your Twitter bio is an essential part of your profile, since it gives visitors rapid insight into who you are and what they can expect. Here are some tips to optimize your Twitter bio, as one that is blank can lead you to be overlooked:

With your content house ready and your bio on point, now is the time to think about tweeting. Here are some tips to make each tweet all it can be:

Even though you may be representing a brand, audiences often want to see the human behind those tweets, as that can drive engagement. In short, don’t be afraid to be yourself. The more originality and uniqueness, the better.

When seeking to gain new followers, it’s not enough to simply share a piece of information. You want to drive engagement, which can be achieved by going conversational with your tweets.

Here are some tips to ignite conversations on your profile:

Creating and sharing your own content can help you build a Twitter following, but so can curating content from others. Even better, the latter is a lot quicker to accomplish.

Some may feel that sharing or retweeting the competition’s content is a wrong move, but it adds value to your Twitter feed and can also help you connect with others by putting you in front of a popular influencer’s audience.

As for what mix of original and curated content you should aim for, that’s up to you. Some stick to a 60/40 ratio. As with everything, however, feel free to experiment and see what gets you the most interaction.

Additionally, be sure to tweet questions with influencers. Not only does that put you in front of their audience – which might get you new followers – the influencer might even decide to follow you as well. Just be sure you have good, thoughtful questions that are relevant to the influencer and not a waste of their time.

Why do many people post on Twitter? It’s not just because they enjoy the act. Instead, they want to be recognized. By engaging with your followers and driving conversations, you can give them the recognition they desire, which can keep them coming back for more.

To drive Twitter engagement amongst your followers, try the following:

Twitter recommends a “regular cadence of content.” You want to be consistently active with your tweets since studies show that each has a short lifespan that averages 20 minutes tops. In doing so, your audience can know when to expect new content, plus you have a better chance of jumping to the top of the list.

Try to schedule your tweets in advance and aim for between one to five posts per day to stay consistent.

Even if your end goal is to rake in sales via your tweets, you should limit such content to about five percent of your posts. Aim to connect and engage first, and let your website handle the sales on its own. Always give more than you ask for is the golden rule.