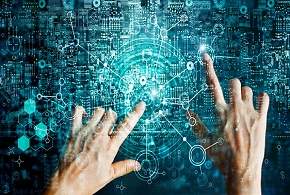 Look at your smartphone right now and ask yourself, “Did I download the shopping app I use the most?” And the restaurant franchise? And the travel agency?

That’s right, me neither.

The big tech companies have already noticed this trend and, led by Google, have started to invest heavily in Progressive Web Apps. 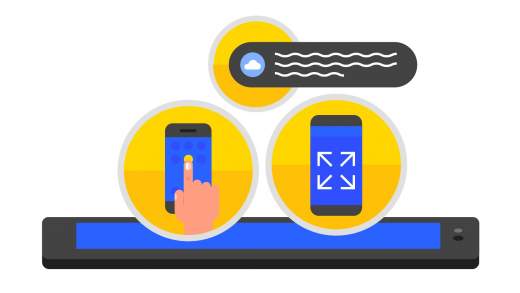 But some questions still remain:

In this post, we’ll explore these questions and try to answer them.

But that original view has changed, in 2008 the big app boom started when Apple first introduced us to the App Store. There is only one problem with this story: this boom is ending.

In the United States, for example, the number of app downloads has been decreasing by 20% each year.

Other studies also point out that 60% of all apps have never even been downloaded. In addition, more than 65% of smartphone users do not download apps every month.

Another interesting fact is that of the 1.5 million apps on the Google Play Store, only a few thousand have any engagement.

Finally, smartphone users spend 80% of their time using only 5 apps.

All of this data makes us worried. But even with all this information, apps certainly still have their place, and for many companies they still make a lot of sense.

My point is, building a native app can be a very expensive solution for some companies, and for some products it just doesn’t make sense to have a native app.

But what can we do then?

To be on the same page, let’s start with the definitions:

Progressive Web Apps are a set of techniques for developing web applications, progressively adding features that were previously only possible in native apps.

The following characteristics, created by Google, accurately define what is expected of a PWA:

That is, if before only native applications had: push notifications, offline operation, geolocation and an icon on the home screen, now we can enjoy all these benefits using a 100% web application.

The community is very excited about these new technologies.

Christian Heilmann, for example, said this.

I am convinced that PWAs are necessary to move in the right direction and are a very important change to the status quo.

We can already see one of the most obvious benefits of PWAs: retention.

A user who wants to try an application needs to go through several steps:

It is common to have a loss of 20% of users for each of these steps. The same is not true on the web. Just access a link and a few seconds later we are already testing the product.

That is, the user does not need to commit, and waste time, to install an app so that they can evaluate whether that particular app was worth it or not.

If you really need a native app, the necessary expense of hiring a specialized team of iOS/Android developers will certainly be worth the cost/effort.

However, as we’ve already seen, in many cases it is simply no longer necessary to build an app. A PWA may well meet your business requirements. If that is the case, the savings generated by this decision will be immense.

One of the most famous success stories of Progressive Web Apps is that of Flipkart.

Flipkart is India’s largest e-commerce site. The experience in building the Flipkart Lite (which is the PWA version of the app) resulted in a 70% increase in sales conversions.

In addition, Flipkart Lite had other impressive numbers:

The video below shows a summary of the Flipkart case:

There are many other Progressive Web App success stories:

With all that has been analyzed, it seems that PWAs are an easy choice. But they are not.

There are still disadvantages of Progressive Web Apps compared with building native applications:

But, Apple is already implementing PWAs, not unlikely because it may not have had much of a choice.

It is hard to say whether Progressive Web Apps are really here to stay. However, if:

Maybe you should consider investing in building an PWA sooner rather than later, creating a low-cost version of your website that looks like an app.