What Does the Google Dart Programming Language Mean for Web Developers? 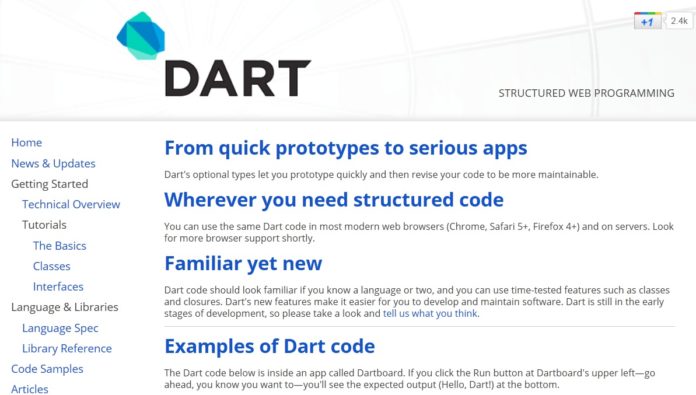 In October, 2011, Google introduced its Dart programming language to developers. Dart is Google’s solution to the problems inherint in the JavaScript scripting language, with an obstensive goal that said to be to “ultimately to replace JavaScript as the lingua franca of web development on the open web platform.” So what does this new web programming language mean for web developers? In this article we will look at Dart, discuss its merits and let you know what you can expect from this new language.

Along with Google’s announcement about Dart, they also announced the debut of a website that is devoted to the language, appropriately called DartLang.org. The site features the Dart language specification, library reference, a Getting Started Guide, code samples, articles and discussion. 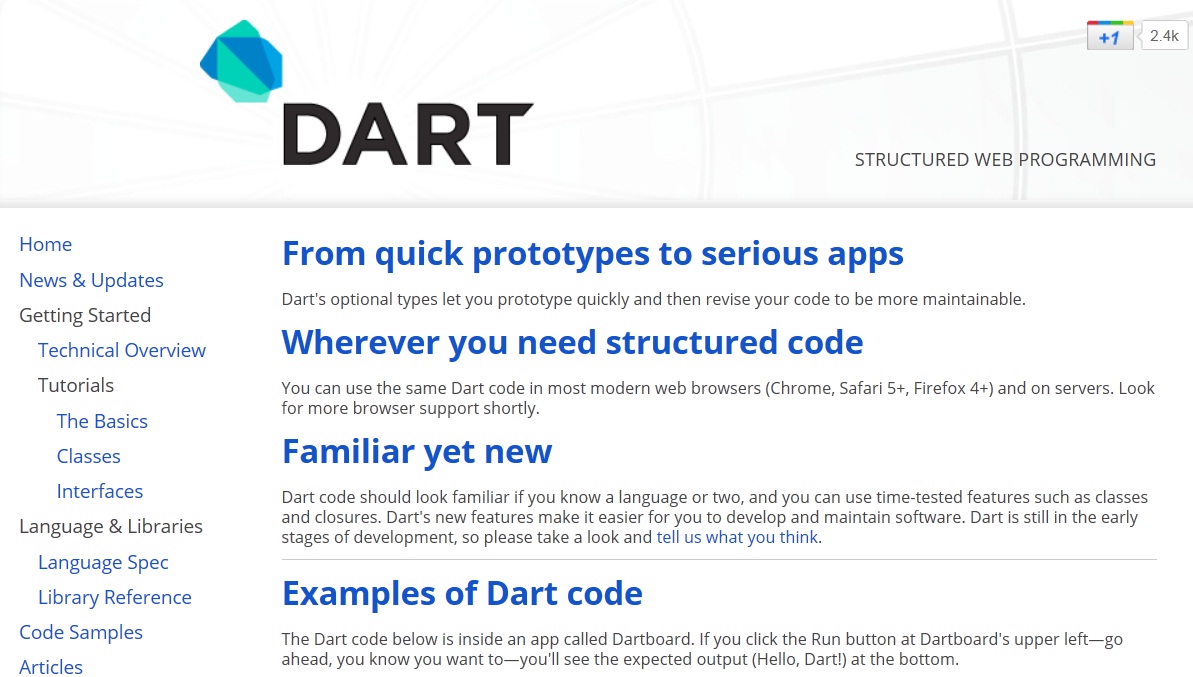 So What’s Wrong With JavaScript?

The problems with JavaScript, as Google sees it, is not something that can be solved by just evolving the language. The biggest issues with JavaScript are a lack of high level security, and an inability to be (re)tooled for large scale projects.

Often developers create a JavaScript app which starts out small, but quickly grows to gargantuan proportions, with no apparent structure, and without adequate documentation, these JavaScript apps quickly become hard to debug and maintain. Largely they are incredibly difficult to break into pieces so that development teams can work on them without stepping on each others toes. Dart was designed to solve that problem.

Another issue with current scripting languages, JavaScript included, is that they do not allow developers to use both static and dynamic methodology. Such languages often include the use of heavyweight toolchains, and using them can make the developer feel stuck with very few options.

The Dart language, like any programming language, has certain key features that make it useful for particular applications. Among Dart’s features are:

Instead of requiring browser makers to add Dart functionality into their browsers, Google has created Dart so that it compiles the Dart code into ECMAScript 3 (aka JavaScript) so that non-Dart compatible browsers (i.e. any brother other than Chrome) can still utilize the Dart code.

Dart will use a new script MIME type, “application/dart,” and can be included within a web page using a #import or #source statement to reference external files. It will look like this:

The following Dart code, taken from Google’s DartLang.org website, shows a simple “Hello World” Dart application. Here is what the Dart code itself looks like:

And here’s the corresponding HTML code that goes with it:

To actually compile the Dart code into usable code requires the use of a command line interface, building the dartc compiler, then, along with python, converting it into JavaScript, like this:

As you can see, Dart has a huge potential to be another excellent tool in the web developer’s toolbox, but it’s not quite ready for primetime. Keep on eye on Google Dart, as you will definitely be seeing more about it over the next year.