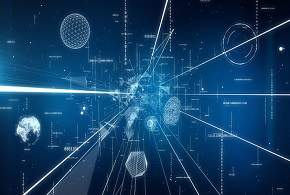 Although Node.js may at first glance appear to be just another JavaScript library, in fact, it’s really a server-side runtime environment built on Chrome’s V8 JavaScript engine. Running on the server provides a lot of advantages over traditional JavaScript that executes within the confines of the browser. One such advantage is access to the file system. As a matter of fact, Node.js provides an entire module dedicated to file system operations. In today’s article, we’ll try out a few of them.

The file system module (fs) is part of Node’s core modules so all you need to do to use it is use the require() method:

Some common uses for the File System module:

With regards to file operations, you can:

The easiest way to read a file in Node.js is to use the fs asynchronous – a.k.a. non-blocking – readFile() method. It simply reads in the entire file at once and passes on the data to a callback function when done. Here’s part of a file of movie data:

This code reads in the file and spits it out to the console:

Most file methods have an equivalent synchronous – a.k.a. blocking -version. These end in “Sync”; hence, readFile’s synchronous counterpart is readFileSync. Here’s the code to use it:

The writeFile method writes data to files asynchronously, and invokes a callback function once the write operation completes.

Here is a simple example that writes some song lyrics to a file:

The writeFile method’s synchronous equivalent is writeFileSync. Here’s the above example in synchronous style:

Just be careful when using these two methods because they will create a new file every time; in other words, they’ll clobber any pre-existing file of the same name!

Up until quite recently, you could use the fs.exists() method to check for the existence of a file before the write operation. However, it has now been deprecated because fs.exists’ callback argument accepted parameters that were inconsistent with other Node.js callbacks. Interestingly, exists’ existsSync companion method is still OK to use because it does not use a callback. Having said that, calling existsSync() before fs.open(), fs.readFile() or fs.writeFile() is not recommended as doing so introduces a race condition, since other processes may change the file’s state between the two calls. The preferred approach is to open/read/write the file directly and handle the error raised if the file does not exist. Here’s how we could make sure that our lyrics file isn’t produced if there’s already one there:

You can read more on the fs.write() method in the docs.

Node’s File System module is chock full of useful methods to assist you in working with the file system on your computer, in fact, many more that we explored here today. It’s definitely worth learning about!

Facebook
Twitter
Linkedin
Email
Print
Previous article5 Simple Techniques to Debug a WordPress Site
Next articleSo, Can You Name Ten Different Browsers Used in 2018?
Rob Gravelle
Rob Gravelle resides in Ottawa, Canada, and has been an IT guru for over 20 years. In that time, Rob has built systems for intelligence-related organizations such as Canada Border Services and various commercial businesses. In his spare time, Rob has become an accomplished music artist with several CDs and digital releases to his credit.