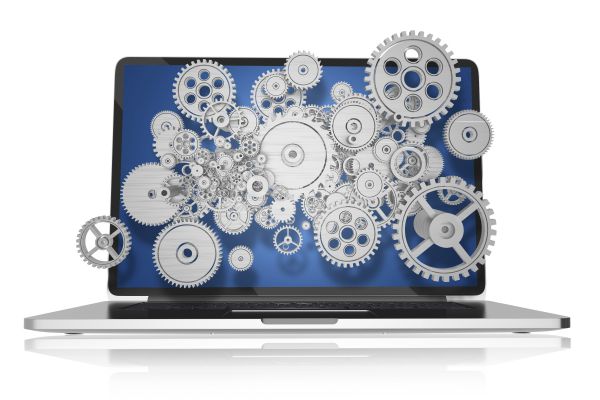 As the Web transitions from a mere presentation medium to an application platform, developers are now encountering many of the same challenges that they faced while building desktop apps – along with a few new wrinkles. One such challenge was how best to structure the various components of a system. This eventually gave rise to architectural design patterns like MVC. Now, several commercial and open source web frameworks have emerged that enforce that pattern. One of the more ubiquitous frameworks is called EmberJS (or just “Ember” for short). In today’s tutorial, we’ll learn what distinguishes a framework from a library, as well as how to get up-and-running with Ember.

The Difference between a Framework and a Library

If you were to say that a framework may have several libraries, but a library would not have several frameworks, you would be correct, but that would be an oversimplification. The explanation for the previous statement is that, while both a library and a framework makes development easier and more consistent, a library tends to focus on things like:

A framework, on the other hand, is responsible for an application’s overall architecture, and orchestrates the various components and tiers to work as a cohesive unit. This includes calling library functions as well as your own.

Hence, the main difference between the two is that the latter calls our code, whereas a library is functionality which gets invoked by us.

Don’t let the Ember.js name fool you. There’s a lot more to Ember that a JS file! In fact, the framework is comprised of several components:

Replacing the deprecated Ember App Kit, Ember CLI is a command line utility based on broccoliJS, whose main purpose is to generate new Ember apps. It provides a few perks, such as:

Ember Data is a data-persistence library that performs object-relational mapping (ORM). It is also possible to use Ember without Ember Data. Ember Data maps client-side models to server-side data. It can then load and save records and their relationships without any configuration via a RESTful JSON API. JSON API has server library implementations for PHP, Node.js, Ruby, Python, Go, .NET and Java.

The Ember Inspector is an browser extension for Mozilla Firefox and Google Chrome for debugging Ember applications. Features include:

Fastboot is an Ember CLI addon created by the Ember core team that gives Ember developers the ability to run their apps in Node.js. It presents HTML (with CSS styling) right away, and downloads JavaScript in the background so that it takes over after page content is displayed.

We will be using Ember 2.6.0 throughout this tutorial series, along with the Ember CLI build tool that comes with it.

Ember CLI is a JavaScript library; it expects the Node.js runtime. If you’re not sure whether you have Node.js or the right version, run this on your command line:

It also requires dependencies fetched via npm, but since npm is packaged with Node.js, as long as you have Node.js installed, you’re good to go.

Ember requires Node.js 0.12 or higher and npm 2.7 or higher, so after installing node, I strongly recommend that you run npm install -g npm to make sure you’ve got the latest version.

Ember uses Git to manage many of its dependencies. Git comes with Mac OS X and most Linux distributions. Windows users can download and run the Git installer.

Other optional dependencies include:

To verify that your installation was successful, run this command that echoes the version number:

The process to build an Ember app is as follows:

First, run the following command, where “my-new-app” is the name of your app:

That will create a new my-new-app directory with your new Ember app inside.

Once the process finishes, launch the Ember development server:

The Ember CLI development server provides features like rebuilding your app every time a file changes, and a mock server for setting up fake data when testing your app.

Take a look at the following three files and note their contents and how they relate to each other:

We can change the structure of our application layout in the app/templates/application.hbs file to see what happens.

Open the app again in the browser and you should see the updated markup.

Now that we’ve gone over the basics of Ember 2.6 we are ready to start building up our app. In the next installment, we’ll learn how to work with data models and routes.