JavaScript is one of the most popular programming languages in the world. It is primarily thought of as a tool for web development, but nowadays, certain JS frameworks help lay the framework for native mobile application development too. When a visitor comes to a website, there are more actions going in the background other than just displaying static content on the front-end. For example, interactive maps, videos, graphics, dynamic content updates – JavaScript is behind all of those elements.

What is a JavaScript framework and What are the Benefits?

Building Web applications is quite similar to building a home. A developer can create construction materials and the basic building blocks or foundations from scratch. Why go through that effort, though, if there are ready-made materials available out there already? We can save time by just buying those materials pre-built.

Frameworks are similar to that. We can utilize commonly-used, ready-made website and web app features to save time and money and avoid common human errors. While using frameworks, instead of creating a skeleton or solution from scratch, a web developer can concentrate on solving more serious challenges and adding more complex functionality to their websites and web applications.

What Features Should a JavaScript Framework Have

One more thing before we take that deep dive into the best frameworks for JavaScript. When trying out different frameworks, always be sure to keep an eye out for these important features every JavaScript framework should have:

What are the Best JavaScript Frameworks

Now that we know what a JavaScript framework is, let’s take a look at some of the best JS Frameworks in 2021.

React is a JavaScript library used for developing UI web applications, so it is not technically a framework in and of itself. However, it can be extended to work with other frameworks, so we have included it here.

Created by Facebook, React has gained popularity in a very short period of time despite the fact it is not a complete framework.

React is widely used in Enterprise applications that have a need for high performance delivered to users. The User interfaces of Instagram and Facebook are powered by React. Tech giants such as Netflix, NY Times, Yahoo Mail, and WhatsApp are using React as the main technology to power their sites because of its benefits for responsive, single-page applications.

Angular is a popular open-source front-end development framework by Google which is primarily used for developing dynamic single-page web applications (SPA). Angular has a lot of advantages, like Modularity, which makes apps much lighter and faster. Another benefit of Angular is the CLI tool, which streamlines the creation of a project.

What’s more, since Angular 8 was released in 2019, it comes with Ivy, which is a next-generation compilation and rendering pipeline.

Vue.js, an open-source and progressive framework for building user interfaces, was released in 2014 and is one of the fastest-growing JS frameworks embraced by the developer community. It gets most of its concepts from Angular and React.

Vue.js has a template style like Angular and has component-based props similar to ReactJS. Vue.js provides an easy and fast fix for the web interfaces powering advanced single-page web applications.

Yehuda Katz created Ember for developing “ambitious” web apps. Ember was introduced to the software market in 2015 as an open-source framework used for creating a single page and large web applications.

Svelte is a new JavaScript framework, although it’s different from well-known and traditional frameworks. Released in 2018, Svelte is gaining popularity in recent times because of its robustness and simplicity.

What makes it different from others? Svelte doesn’t use Virtual DOM like React, and Vue does; rather, it compiles the code into JavaScript and updates the DOM. Compared to React and Vue, Svelte is very lightweight and doesn’t need any extra plugins for it to work.

There are numerous advantages of using Svelte, but it is new, and the community is quite small. However, it can still be a good option among the frameworks, libraries, and instruments to consider.

Some points to consider about Svelte:

Companies using Svelte include: The New York Times and GoDaddy.

Node.js is not a framework, but it is a runtime environment powered by Chrome’s V8 JavaScript engine. Node runs the JavaScript code outside the browser allowing server-side scripting. It was created in 2009.

Node is extensively used in many projects as a back-end because it facilitates numerous integration tools and is convenient too.

MeteorJS is a full-stack, open-source and free JavaScript framework that is built using NodeJS. On the browser, Meteor uses front-end JavaScript, while on the back-end, the Meteor server is used within Node.js, thus allowing rapid prototyping and creating cross-platform apps.

Meteor is used to create hybrid apps using HTML, CSS, and JavaScript, which run on WebView through integrating Cordova technology and MongoDB.

As JavaScript is the only language used on the client-side as well as server-side, it takes less time to develop applications.

Aurelia is called “next-gen UI framework” is a collection of open-source, modern JavaScript modules written in ECMAScript. It has been popular ever since its launch. The framework allows developers to create components in Vanilla Typescript or JavaScript, which no other frameworks do. It has overtaken Angular in terms of modularity.

What is the Difference Between a JavaScript Library and Framework?

JavaScript libraries and frameworks often get confused in the developer world. Often you will find the two intermingled, but, in reality, they are two separate creatures.

A JavaScript library consists of code that is designed to solve a problem in code or to address an issue that arises often, saving a web developer from having to type the same code over and over or create a custom solution. A JavaScript framework, on the other hand, builds a skeleton or scaffolding framework for a website or web application, creating the foundation for a development teams project.

We hope that our suggested list of JavaScript frameworks gives you an idea about choosing the right JS framework for your next project. Each framework has unique features and is capable of solving specific challenges; therefore, carefully study the project requirements before adopting a particular framework. Apart from the features, other factors such as the learning curve, community support, and complexity are advised to be considered. 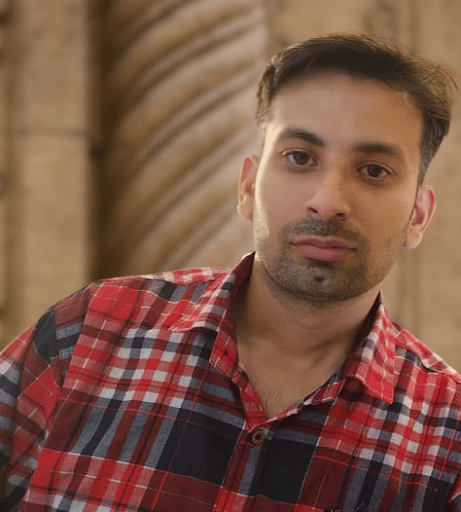