Up close and personal with HTML5 IndexedDB 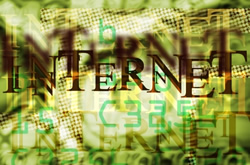 Over the years, the web has increasingly transformed from being a repository of content to a marketplace of full-fledged functional apps.  The suite of technologies that fall under the “HTML5” banner have, as a fundamental goal, the capabilities to build within this new breed of software.  In this article, I’ll review a technology that solves an important piece of the application puzzle—managing storage and retrieval of user-specific data on the client side—called “IndexedDB.”

An IndexedDB is basically a persistent data store in the browser—a database on the client side.  Like regular relational databases, it maintains indexes over the records it stores and developers use the IndexedDB JavaScript API to locate records by key or by looking up an index.  Each database is scoped by “origin,” i.e. the domain of the site that creates the database.

IndexedDB is also a great example of how web standards evolve.  Through standards working groups and HTML5 Labs (a site that publishes prototype implementations of various HTML5 specifications so you can try them out and provide feedback), IndexedDB will soon be ready for prime time site use.

Now let’s get up close and personal by building our own app.

Setting your development environment up

Begin with an install:

4.       Register “sqlcejse40.dll” by running the following command from an elevated command prompt:

If everything goes well, then you should see this screen:

Internet Explorer 10 Platform Preview ships with support for IndexedDB.  Or you can get a recent version of Google Chrome or Firefox and you should be all set.

We are going to build a client side data layer for a note-taking web app:

From a data model point of view, it’s about as simple as it can get.  The app allows users to write text notes and tag them with specific key words.  Each note will have a unique identifier that will serve as its key, and apart from the note text, it will be associated with a collection of tag strings.

We’ll build a NotesStore object that has the following interface:

It should be obvious what each method does.  All method calls execute asynchronously (that is, when results are reported via callbacks), and where a result is to be returned to the caller, the interface accepts a reference to a callback that is to be invoked with the result.  Let’s see what it takes to efficiently implement this object using an indexed database.

The root object that you deal with when talking to the IndexedDB API is called indexedDB.  You can check for the presence of this object to see whether the current browser supports IndexedDB or not.  Like so:

Alternatively, you can use the Modernizr JavaScript library to test for support for IndexedDB like so:

As you work with the indexedDB API, it will eventually become hard to keep track of all the callbacks.  To make it somewhat simpler, I’ll define and use a small utility routine that abstracts the “request” pattern away:

Now, I can write my async calls like so:

Creating and opening the database

Creating/opening a database is done by calling the open method of the indexedDB object.

Here’s an implementation of the NotesStore object’s init method:

Now that the database exists, let’s create the rest of the database objects.  But first, you’ll have to get acquainted with some important IndexedDB constructs.

Object stores are the IndexedDB equivalent of “tables” from the relational database world.  All data is stored inside object stores and serves as the primary unit of storage.

A database can contain multiple object stores and each store is a collection of records.  Each record is a simple key/value pair.  Keys must uniquely identify a particular record and can be auto-generated.  The records in an object store are automatically sorted in ascending order by keys.  And finally, object stores can be created and deleted only under the context of “version change” transactions.  (More on that later.)

Keys can be “in-line” keys or not.  By “in-line,” we indicate to IndexedDB that the key for a particular record is actually a part of the value object itself.  In our notes store sample, for instance, each note object has an id property that contains the unique identifier for a particular note.  This is an example of an “in-line” key—the key is a part of the value object.

Whenever keys are “in-line,” we must also specify a “key path”—a string that signifies how the key value can be extracted from the value object.

The key path for “notes” objects for instance is the string “id” since the key can be extracted from note instances by accessing the “id” property.  But this scheme allows for the key value to be stored at an arbitrary depth in the value object’s member hierarchy. Consider the following sample value object:

IndexedDB databases have a version string associated with them.  This can be used by web applications to determine whether the database on a particular client has the latest structure or not.

This is useful when you make changes to your database’s data model and want to propagate those changes to existing clients who are on the previous version of your data model.  You can simply change the version number for the new structure and check for it the next time the user runs your app. If needed, upgrade the structure, migrate the data, and change the version number.

Version number changes must be performed under the context of a “version change” transaction.  Before we get to that, let’s quickly review what “transactions” are.

Like relational databases, IndexedDB also performs all of its I/O operations under the context of transactions.  Transactions are created through connection objects and enable atomic, durable data access and mutation.  There are two key attributes for transaction objects:

The transaction mode determines what kind of I/O operation is permitted in the transaction.  The mode can be:

Allows only “read” operations on the objects that are a part of the transaction’s scope.

Allows “read” and “write” operations on the objects that are a part of the transaction’s scope.

The “version change” mode allows “read” and “write” operations and also allows the creation and deletion of object stores and indexes.

Our notes store database will contain only a single object store to record the list of notes.  As discussed earlier, object stores must be created under the context of a “version change” transaction.

Let’s go ahead and extend the init method of the NotesStore object to include the creation of the object store.  I’ve highlighted the changed bits in bold.

// if the version of this db is not equal to

// self.version then change the version

Object stores are created by calling the createObjectStore method on the database object.  The first parameter is the name of the object store.  This is followed by the string identifying the key path, and finally a Boolean flag indicating whether the key value should be auto-generated by the database when new records are added.

New records can be added to an object store by calling the put method on the object store.  A reference to the object store instance can be retrieved through the transaction object.  Let’s implement the addNote method of our NotesStore object and see how we can go about adding a new record:

This method can be broken down into the following steps:

3.       Once we have the object store handy, adding a new record is just a matter of issuing an asynchronous API call to the object store’s put method passing in the new object to be added to the store.  Note that we do not pass a value for the id field of the new note object.  Since we passed true for the auto-generate parameter while creating the object store, the IndexedDB implementation should take care of automatically assigning a unique identifier for the new record.

4.       Once the asynchronous put call completes successfully, we commit the transaction.

2.       A source that references the index or object store that the cursor is iterating over.

3.       A position indicating the current position of the cursor in the given range of records.

While the concept of a cursor is fairly straightforward, writing the code to actually iterate over an object store is somewhat tricky given the asynchronous nature of all the API calls.  Let’s implement the listNotes method of our NotesStore object and see what the code looks like.

// if “result” is true then we have data else

// we have reached end of line

// recursively get next record

// set the ball rolling by calling iterate for the first row

Let’s break this implementation down:

1.       First, we acquire a transaction object by calling the database object’s transaction method.  Note that this time we’re indicating that we require a “read-only” transaction.

2.       Next we retrieve a reference to the object store via the objectStore method of the transaction object.

3.       Then we issue an async call to the openCursor API on the object store.  The tricky part here is that every single iteration over a record in the cursor is itself an async operation!  To prevent the code from drowning in a sea of callbacks, we define a local function called iterate to encapsulate the logic of iterating over every record in the cursor.

4.       This iterate function makes an async call to the cursor object’s move method and recursively invokes itself again in the callback if it detects that there are more rows to be retrieved.  Once all the rows in the cursor have been retrieved we finally invoke the callback method passed by the caller handing in the retrieved data as a parameter.

This is, by no means, comprehensive coverage of the API, despite what you may think! I only covered:

2.       The various key aspects of the IndexedDB API, including:

a.       Testing whether the browser supports it

d.      Key parts of the API including object stores, keys/values, versioning, and transactions

Hopefully it was up close and personal enough!

Now, if you’re ready for more, the W3C specification document is a good reference and is short enough to be readable!  I’d encourage you to experiment—having access to a functional database on the client side opens up a range of new scenarios for web applications.

Another good resource is the IndexedDB/AppCache sample on the IE Test Drive site.  This sample covers a scenario where the two specifications complement each other in providing the user with a rich experience…even when she’s not connected to the internet. The sample also demonstrates using new features in IE10 like CSS3 3D transforms and CSS3 transitions.

Raj has been a part of the IT Industry for more than 9 years and works as a Developer Evangelist at Microsoft. He has worked on a wide range of Microsoft products & technologies ranging from VC++, MFC and Win32 programming to the latest developments on the web front, JavaScript and .NET. His current focus is on advances in web development, HTML5 and building rich internet applications. When he’s not tinkering around with a computer he can be found reading, playing tennis, listening to music or playing FPS games.