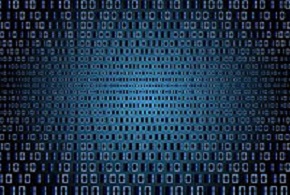 Since I last wrote about inheritance in JavaScript (JS), ECMAScript 2015, a.k.a. ES6, introduced class syntax in an effort to bridge the gap between JS’s Prototypal Inheritance and the traditional Classical Inheritance of Object-Oriented (OO) programming languages like Java and C++. Having said that, this article is not about the new syntax. With somewhat lackluster browser support, it might be a tad premature to jump on that bandwagon. Moreover, having written JavaScript code for about 20 years now, I have come to appreciate JavaScript, in all its wonderful quirkiness, including the wild and wonderful Prototypal Inheritance. So, in today’s article, I’d like to take another look at Prototypal Inheritance, and explore its specific advantages and disadvantages, with the outlook that it isn’t necessarily any better or worse than the class inheritance of OO programming.

Seeing that the makers of ECMAScript are overtly mimicking the class syntax of OO languages, one has to ask, does that imply that they recognize an inherent weakness in Prototypal Inheritance? Not necessarily. In my opinion, the decision is probably more in response to the ongoing confusion experienced by many JS coders who were well versed in classical inheritance mechanisms. Their attempts to make JavaScript objects behave like OO classes proved to be frustrating and problematic exercise.

Of course, the problem with that, is that the path to gaining the most from any language is to make the most of its individual idiosyncrasies. Conversely, trying to emulate the syntax of another language tends to render it less potent.

The following JS code creates a parent constructor for a Vehicle and a method named start(). The Car object then inherits the start() method by passing the Vehicle’s prototype to the Object.create() method. Its start() method overrides the parent’s, while calling it from within the function body:

One of Prototypal Inheritance’s greatest strengths – and inherent dangers – is its ability to overridden at runtime, thus changing the behavior of all objects that are based on that particular prototype.

Consider the following example that updates the Number’s toString() method by prefixing a dollar sign to its output:

Now all numbers include the dollar sign, whether we want it or not!

This code is also up on Codepen.io.

Here’s another example of Prototypal Inheritance that demonstrates multiple objects inheriting from the same template:

You can view the above code on Codepen.io as well.

In this article we explored some of the differences between Classical and Prototypal Inheritance, considered some of the dangers of the latter, and saw how to implement inheritance using prototypes. Whether or not you agree with the inclusion of classes to the JS language, Prototypal Inheritance stands on its own as an elegant inheritance mechanism. As such, it is perfectly well-suited to link objects together so that they share common properties and functionality for a variety of applications.