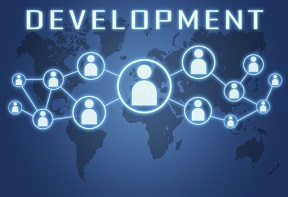 Angular, or AngularJS as it’s officially known, is a front-end structural framework for dynamic web app development. It utilizes HTML as a template language which it then extends to define an application’s components. The Angular framework provides data binding and dependency injection that minimizes the amount of code you have to write yourself. Since Angular works within the browser, it may be employed with your server technology of choice.

Just last month, Google HQ announced the final release version of Angular 2. Along with many new features, Angular has undergone quite a few changes that may give developers pause for thought. In an effort to smooth the transition, we’ll cover the most important changes and get you on track to coding with the new Angular framework, starting with Components and Directives.

There have been a lot of complaints from developers who found Angular’s Release Candidate labeling confusing. In response to these concerns, and to make it easier to manage dependencies in future releases, Angular 2.0.0 is the first release to use semantic versioning, based on the MAJOR.MINOR.PATCH scheme as described by semver. The semver versioning scheme asserts that:

Angular 2 has been a long-time coming. Part of why the release took so long is that it is no longer just a web framework. Angular 2 is now a platform that encompasses a wide range of capabilities, including:

Angular 2 is entirely component based, so that controllers and $scope are now obsolete. In the following Angular 1 code, the binding is prefixed with the controller alias (e.g., vm or $ctrl) because you have to be specific about the source of the binding. Using version 2 syntax, the context of the binding is implied and is always the associated component, so the reference variable is no longer required.

Since controllers have now been replaced by components and directives, let’s examine the role of each of these in more detail.

Components are controller classes that are associated with a template. Components mainly deal with a view of the application and logic on the page. The component contains two important things: a view and some logic.

In the above code, “angular2” includes the packages from the app folder, from which Angular will load the main component file. Each Component and View is defined within a TypeScript(.ts) file. Here’s an example:

In part 2, we’ll cover the ramifications of Angular 2’s support for ECMAScript 6, as well as other changes.

Facebook
Twitter
Linkedin
Email
Print
Previous articleHTML5 and Facebook 360 Integration, Occipital 360 Panorama Gets an Upgrade
Next articleHTML5 Provide Real Time IoT Data
Rob Gravelle
Rob Gravelle resides in Ottawa, Canada, and has been an IT guru for over 20 years. In that time, Rob has built systems for intelligence-related organizations such as Canada Border Services and various commercial businesses. In his spare time, Rob has become an accomplished music artist with several CDs and digital releases to his credit.