HTML5 Boilerplate Build: The Next Step in Website Optimization 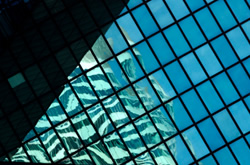 When I was first starting my career as a Web Developer in the nineties, we were all about saving bandwidth. We compressed images, removed newline characters, whatever we could do to decrease the size of our downloads. As the World Wide Web grew to what it is today, bandwith increased, browsers became more efficient in caching and DNS prefetching and people slowly shifted their attention to making their sites dazzle and compete for audience attention rather than optimizing download speeds. Now, the pendulum is starting to swing in the opposite direction because, for one thing, people’s attention span has shortened and you just can’t get away with making them wait. Furthermore, as sites become increasingly interactive, their use of client-side script libraries has increased exponentially. All this leads one to the realization that we must optimize our sites.

Thanks to Paul Irish’s HTML5 Boilerplate Build tool, we don’t have to go through a lot of trouble to do it. In fact, Mr. Irish would have us believe that it can be as easy as clicking a batch file! To put this bold claim to the test, I ran the build tool against my robgravelle.com index page, along with its associated script, CSS, and image files. I’m happy to report that it really is quite easy to get the hang of.

The build tool is really a collection of separate utilities bound together by an Apache Ant script, which is a popular Java-based build tool. Being Java-based makes it platform independent, making it easy to move from one environment to another. Some of the tools that it uses include jpegtran and optipng, for compressing JPEG and PNG images respectively. This step alone can save 50 percent of loading speed! It also revises file names, using REVed, so that you can employ heavy caching, while still updating assets when a new build is rolled out. Html minification, performed via htmlcompressor, can be set to from basic to aggressive using property files.

Before you Run the Build Tool

There are a few things that you’ll have to do before you call the build script. The first is to make sure you’ve installed both the Java runtime-environment (JRE) and Ant, in that order. On Windows, you should install Ant using WinAnt. It will run a Wizard to guide you through the installation process, making it super-easy!

The next step is to configure the property files.

The build tool expects the directory to mimic that of the HTML5 Boilerplate Template, which is:

Chances are that if you did not use the HTML5 Boilerplate Template to build your site, it won’t conform to these exact specifications, so you’ll have to set some values in the properties files.

Perhaps the most important one is the dir.source. It’s where your project resides. By default the build script expects your project’s root to be in the same directory as the build folder. Unless you update this value, you should move or copy your build folder to the root of your project, where the index.html file resides.

The Directory Paths section is where you would set the names and location of various folders. Here are the values with extra comments explaining what each property is for:

In the project.properties, assign your Html page(s) to the file.pages property unless you only have one page named index.htm.

In addition to files in the default.properties file, like .project and README files, you can designate additional files for exclusion using the file.exclude property. The mylibs directory has a separate property for JavaScript files called file.js.bypass.

All you have to do to run the Build Tool is navigate to the build folder and call Ant. Here’s the output of a successful run:

Starting with the HTML page, we can see that the IE conditional statements have been condensed somewhat by the removal of extra newlines and spaces:

The effect on scripts is especially dramatic.

External stylesheets were minified by removing spaces and newlines and by including @import statements. Here are the first few lines of the main.css file:

Linked JavaScript files were similarly minified. Here are the first few lines of the Lightbox.js file: