Content Management Systems (CMSs) have become indispensable to websites both big and small.  In addition to providing an interface for uploading and managing content, a good CMS should offer customization, including plug-ins for eCommerce and SEO optimization, as well as security settings for various users and groups.

While CMSs save you a lot of time in the coding and design departments, there will always be the inevitable learning curve associated with accustoming one’s self to a new tool.  Therefore it pays to do some research before committing to a CMS product.

Here, in no particular order, are 10 CMS options that are definitely worth your consideration.

Rob’s alter-ego, “Blackjacques”, is an accomplished guitar player, that has released several CDs. His band, Ivory Knight, was rated as one of Canada’s top hard rock and metal groups by Brave Words magazine (issue #92) and reached the #1 spot in the National Heavy Metal charts on ReverbNation.com.

WordPress has come a long way since its humble beginnings as a blogging platform. With almost sixty percent of CMS-managed websites using WordPress, it’s definitely got a lot going for it, including thousands of themes, plugins, and widgets to extend its functionality. There is also a huge and incredibly active community that is constantly churning out exciting new add-ons.
WordPress’s dependence on plugins turns out to be a double-edged sword; plugins are not tested by any WordPress core developer team to ensure they pass some form of QA before being added to the plugin repository. As a result, your site may fall victim to serious bugs and security vulnerabilities. 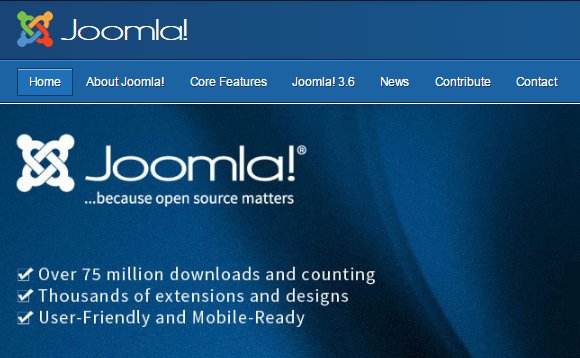 With a customer base that includes MTV, Harvard University, IHOP, and Citibank, Joomla is widely considered to be the best CMS for businesses. Joomla is an open source CMS that is easy to use and customize. In fact, it has been used for everything from inventory control & reservation systems, to complex business directories, in addition to your run-of-the-mill websites.
Unfortunately, Joomla suffers from its own plugins dependency issues.

Whether the lack of centralized QA or its massive popularity is to blame, for some reason, Joomla websites have a high incidence of hacking attempts against them. 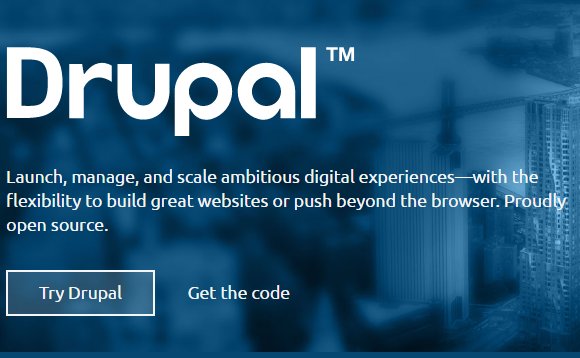 Since its initial release back in 2001, Drupal has become firmly entrenched as a highly dependable CMS. Drupal has many great features, such as easy content authoring, reliable performance, and strong security. But perhaps Drupal’s key attribute is its flexibility. Tools are designed to work together in a modular way to help build just about any type of website one could desire.
One of Drupal’s less appealing qualities is its complexity. An amazing tool in the right hands, Drupal’s steep learning curve can make novices pull their hair out in frustration. Drupal is, first and foremost, geared towards large and/or complex projects and web applications, and is therefore not well suited to less experienced developers. 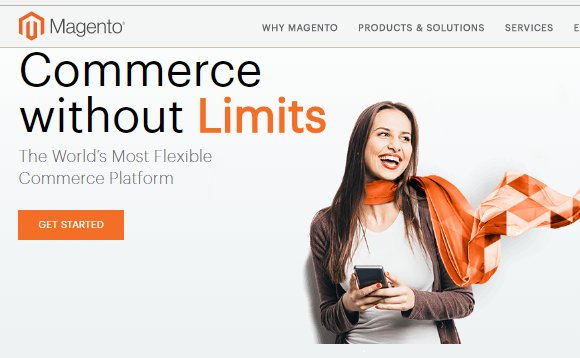 Building an e-commerce site? Then Magento just might be the CMS for you. Being geared for e-commerce means that it comes with extensive features. Not only will Magneto help you create your product catalog, it also has fine-grained pricing tools, image watermark capabilities, and the ability to add multiple product attributes or variations. You can add general content pages, formatting each page individually to best suit the content. Customer account and grouping features are also part of the package.


Unlike the previous entries in this slideshow, Magento also comes in commercial editions, the most expensive of which – Enterprise edition – can cost up to $18,000 a year. Likewise, Magento developers can also cost a pretty penny. 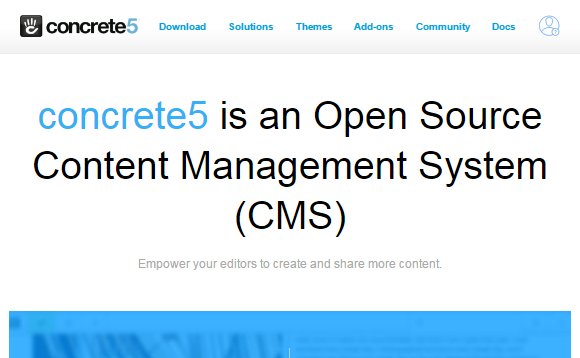 Our fifth entry is fittingly named concrete5. Here’s a CMS that attempts to replicate the functionality of a word processor, while also making it easy to edit pages as you view them. That approach makes it very user-friendly for both coders and non-technical users alike. You can stick with a standard theme or override its appearance without touching a line of code. Alternatively, you can create your own themes from scratch using HTML and CSS.


Although the basic product is open source, some of the better plugins and themes can be quite costly. The makers of concrete5 also offer hosting and support for a fee. 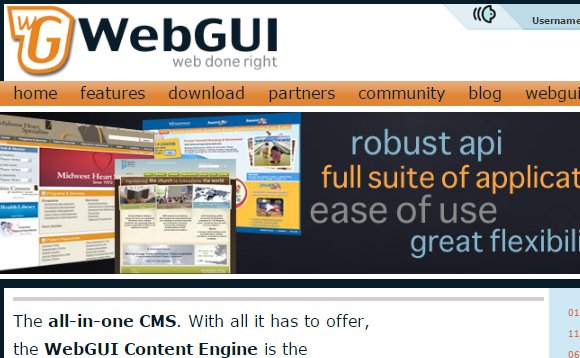 Here’s a versatile CMS that is utilized by everyone from businesses, Government agencies, Education services to Non-Profit organizations. Designed for multiple users to use at the same time, WebGUI has tools for real-time collaboration, such as versioning. The sandbox tool allows web developers to create new webpages and content to see how it will look online without disrupting the live site.


A key difference between WebGUI and most other CMSs is that it is written in Perl rather than the more ubiquitous PHP. This has led some users to point the finger to the underlying language for WebGUI’s occasional slowness, even when running under mod_perl. 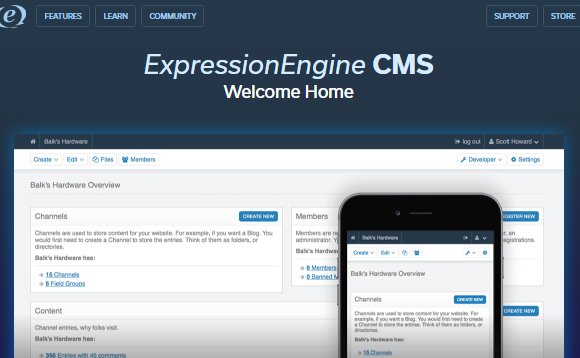 This CMS comes in two flavours: “ExpressionEngine Core” is a free, feature-limited edition, while the standard “ExpressionEngine” is a more feature-rich CMS that is tailored towards commercial enterprises. It costs $299 USD for a basic license.


ExpressionEngine doesn’t have as many add-ons and plugins as many other CMSs, with only 22 add-on modules and a little over 100 official plugins. However, the plugins and add-ons they do have are highly useful, and include a wiki, discussion forum, member manager, mailing list, e-commerce, statistics, and more. 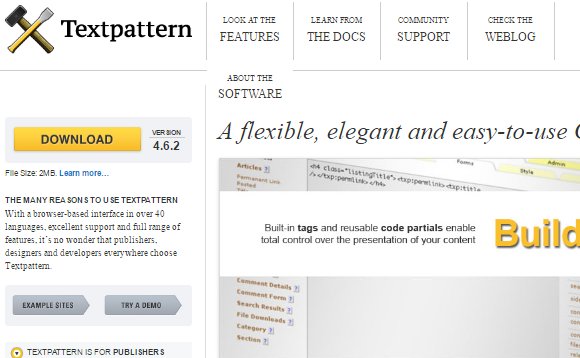 Though less known than some of the other juggernauts who dominate the CMS landscape (see number 1, 2, & 3 of this slideshow), those who use Textpattern are quick to sing its praises. First-and-foremost is its intuitive browser-based interface, available in over 40 languages. It employs a shorthand syntax called Textile to generate valid HTML. Using it, even the most non-technical user can generate complex pages, including headers, quotes, lists, tables, and figures.


Being a lesser-known player in the CMS arena, Textpattern has a smaller community and fewer plugins than the more popular CMSs. Critics also point out the relatively small number of high-quality templates. 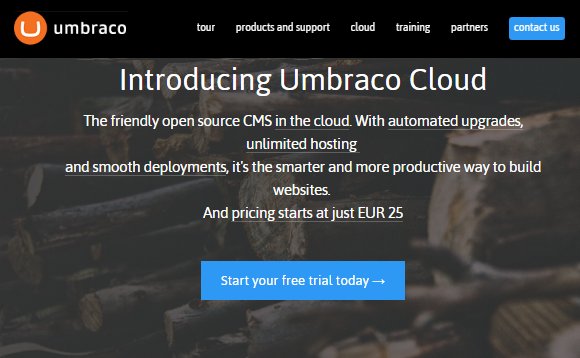 With open source licensing (rare for ASP.Net) and a user interface that is familiar to any web admin who has used a browser-based web server administration console, this CMS is hugely popular among corporations, including Heinz, Microsoft, and Peugeot. Umbraco is free to use, but with optional paid services such as support and training. They also offer a Cloud version starting at 25 Euros per month.


Umbraco differs from other CMS platforms in that it doesn’t give you anything out of the box – just a blank canvas to work with. That’s because Umbraco is, by design, meant to build sites from the ground up. 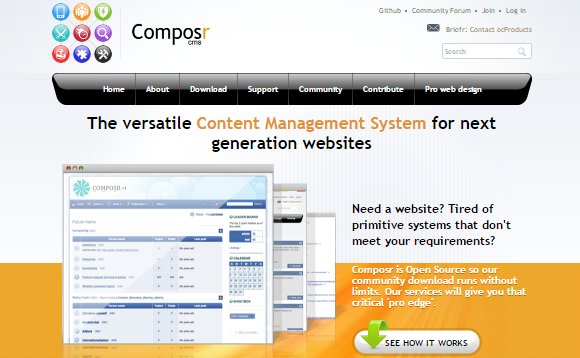 Our final entry is a versatile open source CMS that is well-suited to small-to-medium-sized businesses. Composr is a very flexible CMS with advanced social, interactive and dynamic functionality. It’s easy to download and install and gives you literally hundreds of features to use straight out of the box. Composr offers some templates to get you started, but you have the option of designing the site yourself using the style wizard if you prefer. You can enhance your users’ experience by adding modules such as catalogs, galleries, blogs and documents libraries.


The makers of Composr are the first to admit that there are things that it does not do well. In fact, they recommend other CMS solutions for blogs, e-commerce and large-scale enterprise-level intranets.

Facebook
Twitter
Linkedin
Email
Print
Previous article
ChartIQ Makes the AFTA Most Innovative Third-Party Technology Vendors
Next article
Beam 2 Streaming Service Live with HTML5 Support
Rob Gravelle
Rob Gravelle resides in Ottawa, Canada, and has been an IT guru for over 20 years. In that time, Rob has built systems for intelligence-related organizations such as Canada Border Services and various commercial businesses. In his spare time, Rob has become an accomplished music artist with several CDs and digital releases to his credit.