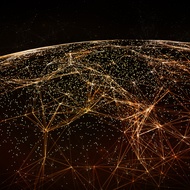 Whether you’re a novice or an experienced web application developer, you’re almost certainly going to have to make a choice between Angular or React at some point. To do that, you merely need to answer a few simple questions: “Is it a good tool?”, “Can it do what I need it do do?”, and “Is it easy or difficult to learn?”. The answer to the two first questions is likely an emphatic “YES” on both counts. The third question, however, is less clear-cut.

Angular and React both aim to solve similar front-end problems through with very different philosophies, and whether to choose one or the other is in some ways a matter of personal preference. That said, there are a number of technical considerations worth considering as well. In this series, we’ll take a look at these. In this first installment, we’ll learn a bit about Angular and React, the role of JavaScript Frameworks in web development, and explore our tow frameworks’ features.

Angular is a TypeScript-based JavaScript (JS) framework. Developed by Google, it was first released in 2010 under the name “AngularJS”. In 2016, a substantial shift occurred with the release of Angular 2, which saw the “JS” dropped from the name. Since then, the popular framework has been known as simply “Angular”. The latest stable version is Angular 11, which was released in November 2020.

React is a JavaScript library aimed at UI development. Initially released in 2013, React is maintained by Facebook and an open-source community of developers. Not surprisingly, Facebook uses React extensively in their products, including Facebook, Instagram, and WhatsApp. Some of the other notable companies using React include Airbnb, Uber, Netflix, Dropbox, and Atlassian. The current stable version is 17.X, released in October 2020 (there have also been smaller incremental updates since then).

Why Use a JavaScript Framework?

I’ll admit that I’ve sometimes asked myself why I’m even working with a JS Framework – especially when the extra layer of processing and abstraction winds up hindering application performance. Yes, you read that right, JS Frameworks do not always result in optimal performance. They do help in many instances, but not all. At the very least, you may find yourself trying to figure out a way to make a framework more efficient in certain situations. In my case, I was implementing infinite scrolling using Angular. Getting it to work was not overly challenging, but the first iteration yielded sub-par results in Internet Explorer 11. There was just too much JavaScript executing for the poor little IE rendering engine.

All JS web frameworks come with their own unique set of advantages and features. However, they do help develop efficient code that’s easy to maintain. They also should provide ways to develop your web app with less development, debugging and testing time.

Here are a few specific benefits that you can expect from any JS Framework:

Angular provides a lot of the features required for web application development out of the box. Some of the standard features include:

Angular is what you’d call an “opinionated” framework, so many of the above features are baked right into the core of the framework, so you don’t have a choice as to whether or not to use them. Hence, developers need to be familiar with concepts such as dependency injection to build even a tiny application. Other features such as the HTTP client or forms are optional and can be incorporated on an as-needed basis.

React’s approach is less prescriptive and more minimalist. Out of the box, React provides the following features:

As you can see, React does not provide any dependency injection, routing, HTTP call, or advanced form handling functionality. For those, you are expected to choose whatever additional libraries to add based on your needs. Whether that’s a good or a bad thing depends largely on how experienced you are with these technologies. Some of the popular libraries that are often coupled with React are:

Teams who have worked with React have reported that finding the freedom of choosing their own libraries is liberating. Moreover, it gives them the ability to tailor their stack to the particular requirements of each project, without adding a significant learning curve to getting the new libraries integrated.

It may seem like React has a slight edge over Angular at this point, which is strange coming from someone who works with Angular! Of course, there is no “better” when choosing a JS Framework. It’s really a matter of weighing all of the pros and cons and coming up with the best decision for you and your team.