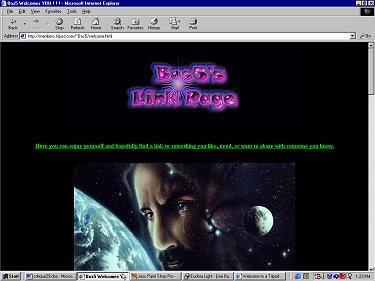 I don't know the name of the tune. It's the one they play on Saturday Night Live when the two brother go clubbing while bouncing their heads to the beat. I guess it's titled "What Is Love" because that's name of the midi file.

Nowhere on the page can I get away from the music. If it's there, I missed it.

Steve is forcing me to do something I just do not want to do. In a Web environment, you cannot force me to do much of anything. I am in control. A user will most likely leave when he or she isn't in control. 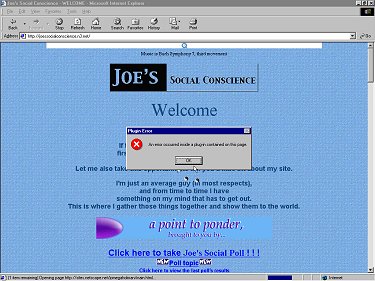 I think the point is made. Most likely the user wouldn't want the music, but moreover the music threw an error. That's two concerns in one and it's death to a page.

So, what should one do?

I have found that simply saying, "don't" is never an acceptable answer so I would like to show you a page by Elaine Culver at http://www.home.earthlink.net/~eculver/. 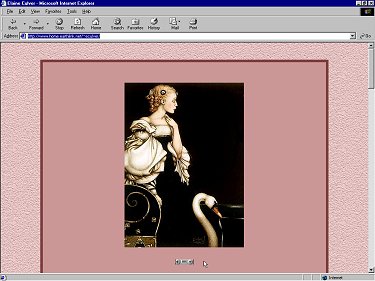 Look closely right under the image. See the Midi control panel? Elaine has a midi on the site but she is allowing me, the user, to decide whether I want to hear the music or not. Furthermore, she is simply hanging it out there and not making much of a deal over it.

As a personal aside, Elaine, this is a simply stunning page. It's a bit long, but look at that screen capture. The colors. The textures. That image. Elaine, I have an overwhelming desire to go tell my wife that I love her.

Why would you put that panel on such a lovely representation?

Yes, you gave me the right to choose, but I would have rather not been given that right. It took away from the piece.

To all who are reading, please remember that you are not in charge. The user is in charge and forcing anything upon that user will cause a bad taste in the mouth. Think about why you would use background music. If you cannot come up with at least three great reasons, think about not having it at all.

Always Remember: When it comes to designing your Web site, the most important person is not you, but your user.